One of the great things that cloud allows you to do is to quickly burst up a workload and then spin it down when you don't need it. The spin it down is the part that a lot of people forget about.

There are a ton of workloads that fit into this from training machine learning algorithms, processing video and so on.

One of my favorites was the New South Wales education department, largest school district in the southern hemisphere, who wanted to move all their testing online. They looked at their 8th grade sciences tests as their first attempt at this move. They quoted out for the 65k students across roughly 650 schools that they'd have to use 300 servers which would cost them $200,000 to purchase. That capital expenditure is before they have build the building, network, installed operating systems or anything else on the machines. Then, when these test are over, what would they do with the servers? This was a none-starter for them.

So they started looking at Azure as their hosting solution which allowed them to move that capital expenditure to an operating cost as it allowed them to rent the machines rather than purchase.

The total cost for running these tests (not the development of the software etc but the actual hosting on the day) was 300 * $0.12 an hour * 8 hours which is about $288 for the entire day.

To put this in perspective, it cost them less than 0.15% of what would have been their capital investment.

At the end of the day they were able to take the results and turn off all of those machines.

That's a great use of cloud. Not every workload fits in this type of a use case but the majority of workloads will have some type of "seasonality" whether that is higher utilization during the day than overnight, a ramp up for a particular retail season, a big event such as a sporting event or press announcement or anything number of other factors. 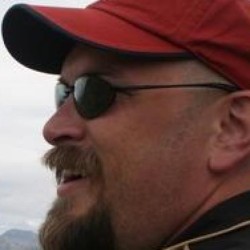 Cloud: You can have any colour as long as it's black